I Need A Man To Do Me Like That

I love men. I especially love them hard, as in hard athletic bodies of course. If they’re also cute and tall with a big, beautiful you know what – heart, they’ve got my attention. But it’s the man packing all that incredible goodness in that special space that I always fall for, the one well endowed with – brains. I am equally a sucker for the man that really knows how to and is quick to go down – on his knees, in prayer. There’s just something about hearing a man sincerely call out to God. The man that really hits the spot for me though, is the one that knows how to be in control when it counts most. Not every day is a slow steady ride; sometimes it can get a bit rough, so I love the man who can move to this rhythm. Above all, the man who keeps me coming back for more is the one with good breeding, sensitive, well mannered – a gentleman. 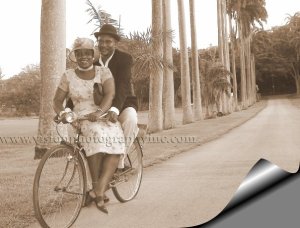 A gentleman is a rare breed in today’s world. This past week, a female friend complained to me, “What is wrong with these men, don’t they have manners anymore? How do you take a girl out on a date, give her the most awesome, mind blowing goodnight kiss and then don’t call her for days after?” I told her, it doesn’t surprise me. Well, at least not anymore. My foray into the New York dating scene was a shocking wake up call. The culture was completely different from what I was used to in the Caribbean. For starters, during most of my years of dating/relationships in Barbados or when I lived Trinidad, there was far less reliance on virtual communication than life in NY today. Back then, it was a given that couples talk on the phone every day and see each other almost as often. On the odd day a girl didn’t see her guy (or vice versa) and they didn’t reach the other via telephone, in true Bajan-style, next time they connected the conversation was guaranteed to go: “So wuh happened I ent hear you yesterday?” For us it’s not an accusation, it’s our culture. Try that in New York and a guy becomes Houdini.

For men in New York, it appears that a phone call is a foreign concept nowadays. Text messaging was already a popular phenomenon before I moved here – even in Barbados. But in none of my relationships did it ever substitute a solid in-person or telephone conversation; it simply complemented those. I can’t think of a single time back home that I was invited out on a first date via text; apparently that’s the protocol for many men here in the City. I really don’t think that’s the “gentleman-like” thing to do, so I try to make it clear to guys that at least for the first date they have to pick up the phone to ask me out.

One of my biggest pet peeves is a man “hiding” behind virtual communication to build a friendship/relationship. A male friend of mine once introduced me via email to one of his single buddies who he thought was a great match for me. Once the guy wrote me back, I sent him my telephone number and available times he could reach me. Still, he continued to send emails, so I figured I’d go along with it for a few days. Then I realized we were having too many moments of “miscommunication or misunderstanding” and outright suggested that he call. Would you believe he insisted on writing for two weeks! The worst part of it, he lived a mere 10 minutes away from me. How about a cup of coffee?  Now really, what is wrong with these men? 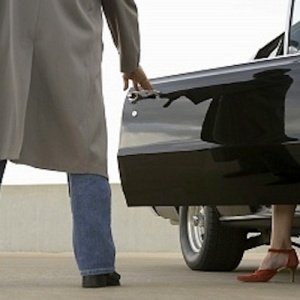 Then there’s the matter of distance to that person you’re “seeing”. In Barbados, on average it takes about 20-40 minutes from one point to another, so picking up a date is less complicated than it can be here. Still, it always amazes me when a guy at the end of a train line in the Bronx wants me to sit on a train at night for almost two hours from Brooklyn to meet him in his area – without offering to get into his car and meet me at a convenient location along the route. Seriously?

Maybe I have been spoilt. My ex-boyfriend in Barbados of seven and half years was the consummate gentleman. Whether it was the respectful manner in which he usually spoke to me or in the simplest treatment he meted out. From our first date whenever he came to pick me up, he would come to my doorstep, walk me to the car, hold the door open and close it behind me. I remember one time we were going out and I got all dressed up only to see my parking lot flooded. He simply lifted me out of the house, waded through the water and sat me on the car seat; my clothes in no way got soiled. If we were dining out, he’d always get my chair, help me sit and then take his seat.  After the date, he would also walk me back to my door and see me safely inside before driving off. Then he’d call to let me know he’d arrived home safely and always called the day after a date or otherwise just to say “have a great day” – all this even before we were a couple. His chivalry was consistent throughout our relationship and even after.

It’s rare to meet men in New York or anywhere nowadays who demonstrate such simple common courtesy.  It, however, would be remiss of me not to give my most recent ex-boyfriend credit where it’s due. I was standing on a crowded L train one summer evening on my way home from work when I felt a pat on my shoulder. I turned to look and a man was offering me his seat, “I could see those pretty feet need a rest,” he said. His dimpled smile made it hard for me to be upset that he seemed to think I was looking “rocky” in those high heels and not “rocking” them as I thought. But it was a “gentlemanly” gesture, one that led to him stealing my heart for the next three years and becoming one of the greatest loves of my life. Now, where around this City can I find a man to do me like that?

A "How to Thrive" Guide After Divorce