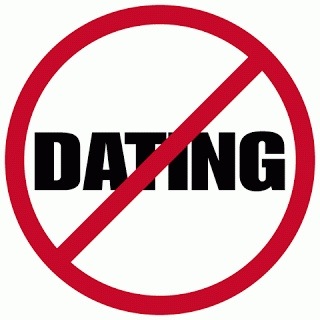 I hate dating. Even more so than I hate job hunting. But apparently, I’m much better at marketing myself as a wife-to-be, than I am as a potential full-time staffer for a journalism job. Sure, I love the flexibility that comes with being a freelance journalist, but I’d much rather the stability of full-time employment with benefits. Alas, the latter is becoming increasingly challenging as the mass media evolve more and more into a digital platform. Several news organizations continue to restructure/lay off or close down, and many simply opt to hire freelance/contract/part-time or per diem workers to save dollars. A shocking reality check on the challenges we the fourth estate face, was the recent sale of The Washington Post by its owners to Jeff Bezos, founder of Amazon. Like me, I’m sure hundreds of journalists across the US and beyond, are wondering, “Who’s next?”

My friend Ato, who works in the industry and is pretty savvy with his predictions – albeit as a broadcast television track and field analyst – told me this past spring that in 10 years journalism will not even be a college major. It hurt to hear that, but my relentless job hunt convinces me that as usual, Ato’s words will come to pass. Still, I can’t imagine myself being happy in another career besides journalism. From my first foray in the newsroom more than 15 years ago leading to 10 years as a full-time reporter, to this day there are few things in this world that give me joy like being on the beat as a journalist. So I’ll keep the hustle on as a freelance writer, while aggressively seeking that dream job. It’s a task far less dramatic than trying to find love.

Last year, I wrote a post entitled, “I Am Looking For A Man,” where I addressed the frustrating ordeal of simultaneously trying to find a job and a man. While progress has since been made in both areas, as this current post indicates, my dual search continues. During these past two months when I took a much-needed break from blogging, and I do apologize to my followers for the long wait, I restrategized my approach to both searches. My new job hunt efforts come especially on the advice of top National Public Radio (NPR) journalists from two of my favorite shows – Michel Martin and Carlene Watson both of “Tell Me More” and Chris Turpin, executive producer of “All Things Considered”. I was privileged to have each of them take time from their busy schedules to meet with me during my recent trip to DC. My “new” quest for love is on following the suggestions of a few close friends. I have the utmost respect and appreciation for the sage counsel regarding my job
hunt. But I might have to re-evaluate my cherished friendships; I’m convinced my friends have conspired to torture me by persuading me to do this thing called dating, online dating to be more specific. Clearly, dating is not something a dear friend recommends for another.

I don’t even know where to start and for sure, I can’t relate all of my eventful online dating experiences in a single post. Perhaps, I’ll dedicate a few posts to the topic. For now, I’ll simply share some “highlights.” After a dismal experience on BlackPeopleMeet (BPM) a couple of years ago, I reluctantly signed back up. I also renewed my Match.com membership, having briefly tried the site out a year and a half ago. One of my friends also insisted that I join PlentyOfFish (POF), because she had found a great catch on there. Then a male friend told me that he’d come up with the best solution ever, one that would be effective in both my searches – Craigslist (CL). I still can’t believe I listened to him. But I recalled an old college mate who had found both her great job and boyfriend of three years on CL, so I figured, “Why not?”

I drafted what I thought was a brilliant ad about my abilities and credentials as a writer/editor and posted it in the “Writing/Editing” section on CL. Then I wrote a very clean ad about what I was looking for in a man and described what I consider my most appealing attributes, and posted that ad in the “Personals” section for “Women Looking For Men.” I was especially proud of my former ad, but held little hope for my second ad, which was far too tame in comparison to much of the extremely sexual postings in CL personals. Plus, I didn’t even include a photograph of myself. And we all know that men love “visuals.”

I got three responses to my job seeking ad. Each was considered spam. I kept checking my junk folder thinking perhaps the responses were going there. Surely, at least one recruiter would reach out to me? Nothing! What about my posting in the personals? I lost count after the first 100 responses, but I’m guessing I got at least double that number. From men with PhD’s from Ivy League schools to 20-somethings – more than 10 years my junior – the response to my personal ad was overwhelming. Men of every race and profession, from lawyers to technicians, restaurant owners, college professors, tattoo artists, engineers, advertising execs, teachers, and even students wrote me. Several of them said that they thought my ad was “refreshing, intriguing, classy”. Some of them even claimed that I was “the one” for them. This was without even knowing what I looked like!

I have yet to respond to all the emails, but I have started conversations with a few of the guys and we’ve exchanged photos. Some men simply vanished after the first couple emails, others gave me their numbers, exact locations, job information etc, to verify that they’re “real.” I have yet to call or to meet any of them in person. Honestly, despite their many well-written emails, their eagerness and professed glowing attributes, only about two of the men genuinely piqued my interest. They, however, were not the most memorable. It’s Craigslist after all, so of course I got a few of the typical CL responses.

One man sent the subtlest suggestion. I’d said in my ad that I was black, so he decided that we should work on racial integration and lest I subscribed to any myths about white men, he attached a photo of his large “endowment,” with which he said I must unite. Another man was equally bashful, citing that he was married, but a small matter like that should not stop us from copulating. The response that carried the most weight came from a man who eloquently wrote and attached a full-body photo saying he was exactly what I was seeking and more. I stared in amazement at his smiling image, the confidence with which he embraced the camera, the way his physique filled out his clothing, his blond hair, and beautiful blue eyes. Oh yes, he had indeed exceeded my expectations and no doubt looked like a man that deserved a whole lot of love! I thought of all the love deep within my petite five-foot -two -inches-120 lbs-frame and I knew it would just never be enough for this plus plus plus plus plus size man.

Stay tuned on for part two of this series “I Still Hate Dating” for highlights of my experiences on BPM, where I met the man who scared the ish out of me!