To Me She Was Carolyn

Were she still alive, Barbadian calypsonian Carolyn “Tassa” Forde would have turned 44 today. I originally wrote the following tribute when she died in 2011. I am reposting now on the occasion of her birthday. Happy birthday Carolyn! Continue to sleep sweetly, my friend. You are sorely missed. 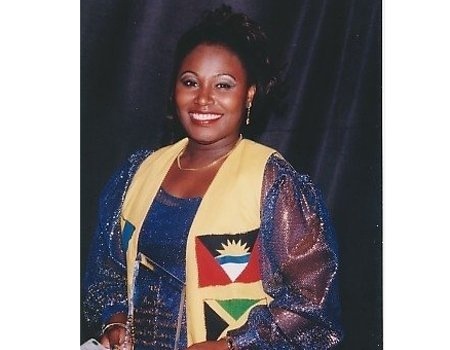 To me she was Carolyn. Not because we were bosom buddies or lifelong friends or even socialized often together. In fact, we were none of those things. Yet, to me, she was more than Tassa the entertainer: gifted singer, charismatic calypsonian. To me she was Carolyn because we shared a mutual admiration and respect for each other. So on a wintry Thursday when my mother called from Barbados to say, “I have some sad news; Tassa, the calypsonian died last night,” I screamed, “Oh no, not Carolyn!” I could not help it; I cried.

I stopped calling her Tassa, perhaps, within a few months after we met in the mid 1990’s. I’d only recently started working as a reporter at The Barbados Advocate and I was extensively covering the entertainment beat through which I met Tassa – as part of the line up of the House of Soca calypso tent. It was easy to be drawn to her dynamism on stage. Away from the crowd and the lights, her energy was even more magnetic. It was this presence: a gregarious nature; sharp intellect; delightful laugh; quick wit and compassionate spirit that drew me to Carolyn.

Over the years we telephoned each other from time to time, be it at home or at work. We never confided deep secrets or spoke for long hours. Hers was always that call when you least expected it, but consistent with bringing cheer. In particular, I remember when I was dealing with a very traumatic personal experience while working at The Nation newspaper. Carolyn heard about it through the grapevine and called just to let me know she was thinking of me and keeping me in prayer. Our most frequent encounters were during the Crop Over festival, when she’d be performing and I’d be reporting. We always greeted the other by calling out a full name, “Carolyn Forde,” I’d always shout.

The years went by and our telephone calls became less frequent, as did our “running into each other.” This of course got worse after I moved to New York a few years ago. Carolyn and I eventually lost contact. But then, thanks to the modern magic of social networking, we reconnected on Facebook about two years ago. Carolyn wasn’t one to post greetings on my wall, but just like in the past, she would check up on me. It was clear she kept in tune with my status updates and ever so often – when I least expected – I’d sign into Facebook and see a private message from her. Depending on the occasion, she was wishing me good luck on an exam, extending congratulations on an accomplishment, complimenting me on a photo, encouraging me to continue to pursue my dreams, or as always extending the best to me. I was ever mindful to ask her about Chad – her beloved son of whom she was so proud and mentioned in perhaps every conversation we ever had.

A "How to Thrive" Guide After Divorce