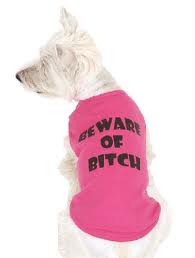 I have a love-hate relationship with bitches. And trust me, I have met and know many a bitch. When it comes to my love for a bitch, I’m referring to two things: First is the standard Webster’s or the Oxford English Dictionary definition, “a female dog” and second, is a slang meaning, “a thing that one has conquered or mastered.” As for the bitch I hate, I’ll use a definition that’s both standard and slang, “an unpleasant female” or “something unpleasant.”

I’ve been dealing with a bitch of some type all year. First it was that bitch of being unemployed for a few months. I endured endless tearful days of not knowing how I was going to pay rent or bills. Many nights I lay awake agonizing over how I’d be able to buy basic groceries for sustenance. And on the rare occasion I got an interview or invitation to a networking event, it was a miracle to able to afford the metro fare. My situation was exacerbated by the fact that I’m the only person in my family in this country, with limited resources for help. But I have this thing called faith, some loyal allies who stood by me, and resilience beyond imagination. So I survived and in time, I landed not one, but two freelance positions at top media groups and I conquered that bitch called unemployment.

No sooner had I started working and trying to get back on my feet, a most vicious bitch came and turned my world upside down. I can barely think of her without crying. She’s one of those bitches that rarely goes away and if she does, it’s almost inevitable that she’ll be back. I’ve seen her at work several times. Back in the spring of 1999, she attacked my beloved friend Malcolm Marshall; she made a mess of his colon. Yesterday marked 13 years since he lost that battle. Next month will be the same number of years that my granddad also succumbed to a similar fight. That bitch ate away his prostate. And then in April this year she came for his son, my uncle Moses, inflicting her wrath on his liver. All my life, Uncle Moses, 51, had been one of the dearest people to me. This time around, I was powerless against the bitch, that bitch called cancer. 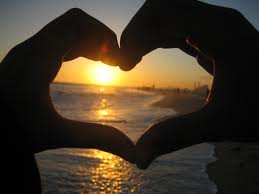 Amidst my grief and further despondent that I was unable to travel home to Barbados for my favorite uncle’s funeral, I trudged along. The rainy spring days gave way to sun-filled summer days and with it came the added warmth of romance. I started seeing someone who in many ways seemed to be “my dream guy.” It was a joy to be constantly doted on, to feel cared for and to look forward to doing things for and with him. He kept me smiling. I enjoyed awaking to every new day with him, every kiss, every stimulating conversation, and every adventure. He helped me through the pain of losing my uncle, was a constant reminder that life is indeed beautiful and renewed my long-lost faith in “love.”

So when I attended an event he hosted as his date, one can imagine my shock when a young lady introduced herself to me as his girlfriend. Despite his denial, he provided no evidence to prove otherwise. He gave no reason to justify deceiving me and on reflection, it felt like the “relationship” was nothing but one big lie. Although I was heartbroken, I quickly realized that he was not worth my tears, that love wasn’t the bitch. I picked myself up and conquered my feelings for that bitch called a lying excuse for a man.

I know I’m not alone in dealing with bitches. The bitch has often been the protagonist in works of literature, on the performing arts stage, featured in television and film and many artists have sung about her. From Elton John in “The Bitch Is Back” to “Bitch Please II” by Eminem, Dr. Dre and Snoop Dog, “Back off Bitch” by Guns N’ Roses, “Super Bitch” by Christina Aguilera, “Ain’t That A Bitch” by Aerosmith, “Sexy Bitch” by David Guetta and “Life’s A Bitch” by Nas, much has been recorded about a myriad of experiences of dealing with a bitch. Sometimes, we all deal with the “exact same” bitch but the result is completely different for each of us. One such bitch is fresh on my mind, as I know she is on the minds of millions other people.

The Statue of Liberty During Sandy.

I count my blessings that this bitch didn’t cause me any harm, but in a matter of hours she drowned many in her gushing icy waters, cast utter darkness in the lives of hundreds of thousands, caused many to be bare, naked to the elements – the wintry cold, stole their possessions, left people without any connection to the rest of the world, homeless, jobless and worst yet, dead.

Sure, this dangerous bitch had warned that she was coming, even gave hints of the damage she was capable of inflicting. But no amount of preparation was enough to combat her catastrophic impact. Even today – a week later, the situation has not yet improved for many. My heart and prayers go out to all those affected and for all the lives lost by that bitch, a bitch called Sandy.

Yet for all her “unprecedented” havoc, this bitch Sandy will ultimately be conquered by what I’ve come to know as a master of dealing with bitches, the epitome of resilience, rubbing off more and more me – New York City.

9 thoughts on “Dealing With Bitches”