Harold Hoyte: Heart Of The Nation Barbados, Thank You, RIP 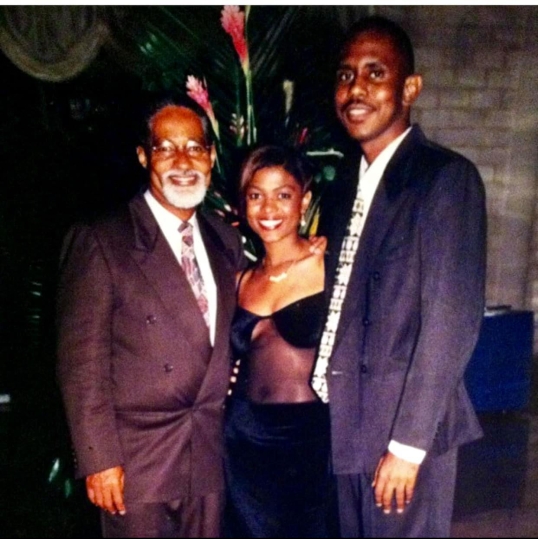 This is the only photo I have of Harold Hoyte, co-founder, former editor-in-chief and editor emeritus of The Nation Publishing Ltd, Barbados and me, along with former colleague, Haydn Gill.

Despite just this one image, taken in 1998, when I was a rookie reporter at the Nation newspaper, I have countless moments and memories with Harold — a giant of a journalist and man despite his small stature.

My heart broke today when my mother gave me the news that my former boss — to this day, the best I’ve ever had — died at age 78.

Last month while in Barbados, I tried my utmost to see Harold one last time as I heard he was terribly ill and seemingly on his deathbed. His daughter Tracy was the sweetest in expressing her gratitude but explained that he was simply not up to visitors. I told her how much I appreciate him and to give him a hug for me.

In my years at the Nation — and those who knew me then know the traumatic experience I endured during that time — Harold was there for me. He gave me permission to come to his office anytime, to let my tears flow in there, to feel free to talk to him about anything.

I recall from my early assignments at the Nation, when I barely had confidence in my reporting and writing how Harold would come to me in the newsroom and say, “Peters, you took me there,” in reference to my coverage on the entertainment beat.

He’d break down why my story resonated with him, and consistently encouraged me to keep up the good work. If I covered an event and he didn’t stop by my desk to say I took him there, I knew I had to do better next time. I continued to hone my skills.

Soon enough, it became the norm for him to pay his usual compliment.

Years later after I’d left the Nation newspaper and Barbados for the U.S., Harold and I remained in touch. Every now and then we’d speak by phone from my New York apt to his home in St. George, Barbados, and I’d visit him almost every Christmastime in my early years going home for the holidays.

When I graduated with my masters from Columbia University, he reached out to congratulate me, to tell me how proud he was of my journey, and me. A few months later he wrote the most amazing letter of recommendation to help me gain employment here in the U.S.

I last saw and socialized with Harold Hoyte in 2014 in my beloved Brooklyn when he came to speak at an event to promote his book, “Eyewitness to Order and Disorder.” I attempted to buy a copy but he wouldn’t have it, gifting me one instead with an autograph acknowledging our professional and personal relationship.

Harold always was and will be special to me. I’m grateful for all he was and did for me. My condolences to his family, circle of loved ones, and the entire Caribbean journalism fraternity. May our beloved Harold in Rest In Peace and rise in glory. 🌹🙏🏾 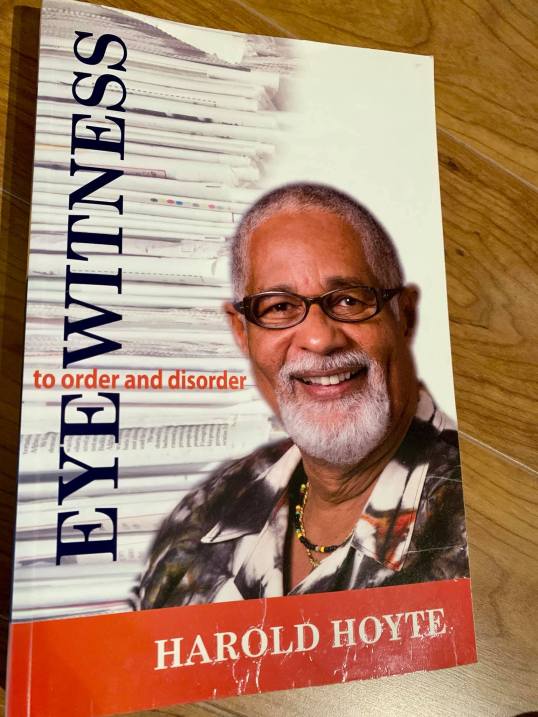 Cover of Harold Hoyte’s book, “Eye Wtness to Order and Disorder,” a copy of which he gifted Maquita Peters. 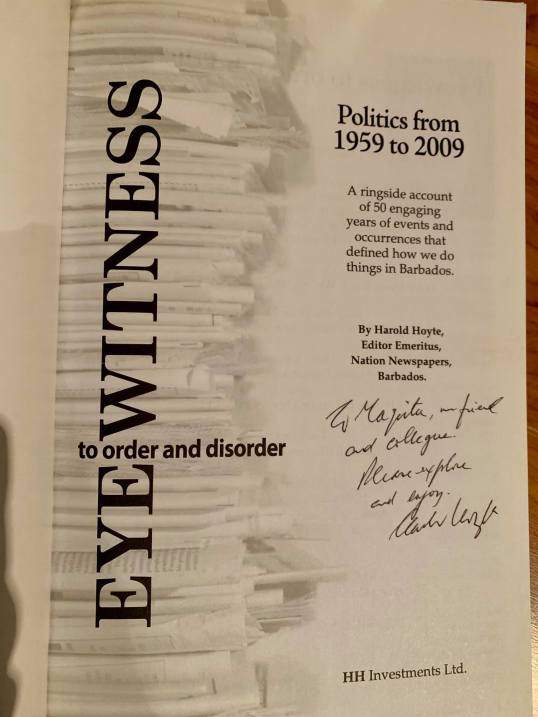 Harold Hoyte autographed a copy of his book, “Eye Witness to Order and Disorder” to Maquita Peters.